Sheena is the newest member of our team here at Morley College she has delivered filmmaking and drama workshops in Community settings for the past 11 years.

She is a Filmmaker and Theatre Maker who has worked with people of all ages from a range of different backgrounds including people with learning disabilities, young offenders and young people with mental health issues. All of these projects have used film, drama and creativity to explore issues relevant to them. 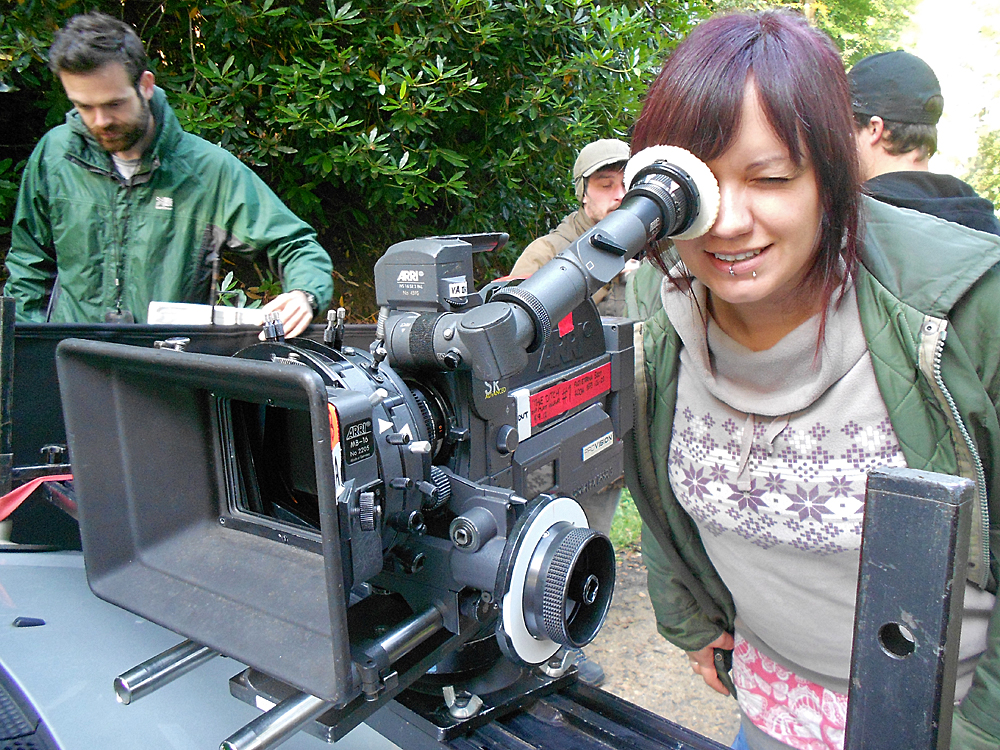 Sheena is currently Head of Workshop Team at ‘Sparks’ – an organisation helping young people gain confidence and develop creativity through filmmaking. I am an Artist in residence at Club Soda running drama and film workshops with adults with learning disabilities I am Co-Director of Drunken Chorus a contemporary performance company, and registered charity, with three key strands of work: We create contemporary performance for theatres; we support and produce work by emerging artists, we create projects to widen engagement and accessibility for groups such as young people, adults with learning disabilities and deaf audiences.

Sheena writes and direct her own short films. Her short horror film ‘The Ditch’ can now be watched online (link below) and my short drama film ‘Roseberry Road’ is currently on the film festival circuit. She was a director and producer on the first two seasons of ‘Persona’ the world’s first drama series created exclusively for SmartPhones.

Here is some of Sheena’s work: