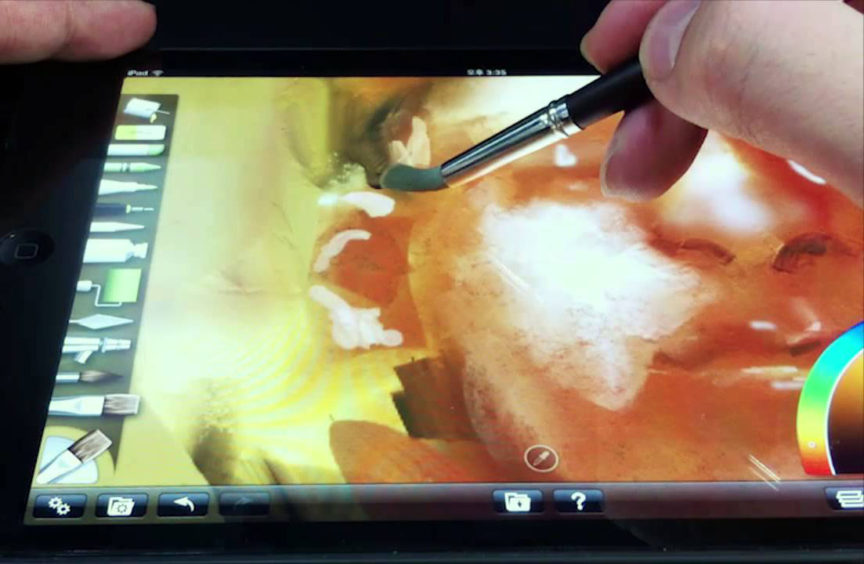 The science fiction film 2001: A Space Odyssey (Stanley Kubrick & Arthur C. Clarke, 1968) contains some noteworthy examples of cinematic art that have been imitated by life: it was one of the first films in this genre to contain detailed visions of the future that are factually convincing, partly because its co-screenwriter, Arthur C. Clarke, was a scientifically-trained, and remarkably perceptive, early futurologist. One particular scene in 2001, that has made a striking transition from 1960s fiction to 21st century fact, shows two astronauts eating while watching video on portable wireless flat-screen tablet devices (‘Newspads’), similar in size and shape to iPads, placed casually on a table next to their food.

Clarke’s fictional device was based on ideas that were already current in the 1960s, though it is impressive that the ‘Newspad’ effectively became a reality within a few years of the date he envisaged. Like this device, the iPad and its more primitive real-world forerunners (such as the Newton Message Pad (1993), PalmPilot (1996) etc.), were not primarily conceived as artistic tools but as information portals and recorders of personal and business data. Once mature pen-and-touchscreen technology became available, however, it quickly became apparent that this could efficiently support drawing and painting functions.

Although only recently arrived from the realm of science fiction (2010), the iPad is but one of many technological and scientific innovations that have been incorporated in the making of art over the centuries. In fact, we take many established artistic technologies for granted as if they were almost natural: paper (c. 2nd century BC) is a highly-processed, manufactured material; vulcanised rubber (mid 19th century), used in erasers, is one of the earliest forms of plastic: linseed-based artists’ oils were originally adapted from house-paint (c.1400s), and the pre-prepared, squeezable and re-sealable tubes they are now commonly sold in were invented relatively recently (the 1840s).

New technologies have often had profound, and sometimes revolutionary, effects on the making of art. For example: during the Renaissance, the replacement of egg tempera as a binding agent by the tougher and more flexible linseed oil enabled canvas to replace wood panel as a support, allowing for the easy production of large, portable artworks; the varied and saturated colours of Expressionist painting were made possible by a surge in the development of scientifically-produced synthetic pigments (c.1700 onwards); rapid alfresco oil painting, one of the key practices of Impressionism, was made possible by the invention of the paint tube; the photographic camera (early 19th century, developed from the camera obscura used by artists before the 16th century) simultaneously provided a new reference tool for artists and, arguably, provoked a flight towards greater abstraction in art.

A common characteristic of many of the technologies adopted by artists is that of convenience, compactness and portability. This is clearly the case with the paint tube which, in addition to these characteristics, also dispenses with the need for assistants to grind colours. The iPad clearly embodies these principles to an unprecedented degree: it contains a photographic camera, an inexhaustible supply of virtual brushes, pens, pencils, paper, canvas, rulers, overlays, graph paper, erasers, file storage and so on. In addition to its Tardis-like enfolding of space, the iPad can transmit and receive visual material across an endless chain of real and virtual spaces such as printers, computers, the Internet etc. Its touchscreen interface and compact size also allow it to combine the portability and spontaneity of a sketchbook with some of the automated functions (file storage, layering, cutting-and-pasting etc.) of established computer graphics set-ups such as laptop/desktop and Photoshop with mouse or tablet. Perhaps it is not so much a medium as an integrated cluster of media, or functions.

At less than 10 years old, the iPad has barely any history in comparison with many other example artistic technology – oil paint has been an art medium for over 500 years, and charcoal at least 28,000 years. Since its artistic potential can hardly have been fully realised in this short time, quite where the iPad sits in relation to more established media will be determined by those using it, who will in a sense automatically become pioneers of this medium.

While the iPad, its software and its associated input devices (except the human finger) are still improving in responsiveness and sophistication, we may in 10 years be using completely different devices, or it may have evolved radically new characteristics. We might play at being Arthur C. Clarke, and try to imagine future developments in digital art media, starting by thinking of what we would like to be able to use, that is an extension of current technology (realistically-textured digital watercolour paper that transmits the finished image to a ‘watercolour printer’ before being re-used, perhaps?). If it is theoretically possible, and enough want it, a new medium will almost certainly appear some time in the future.

Learn the techniques and software available today for creating stunning iPad digital art on the following course at Morley College – an introduction to the use of iPads for digital painting and drawing. With your tutor Matthew Cort you will learn to use a range of different apps compatible with all iPads including iPad Pro, to explore creative techniques and approaches in developing your own ideas to create artworks. Develop your drawing skills, incorporate images from own photo roll and make collaged artwork using layers, experiment with text and image to make digital artworks of depth and intensity. Suitable for beginners. See some recent student work here: 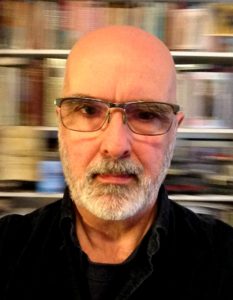 Matthew Cort has taught Painting, Drawing, Sculpture and Digital Media in Adult Education at a wide variety of locations including two London prisons, where over the past twenty years he has co-ordinated and curated a number of ambitious projects in collaboration with prisoners and organisations such as Artangel, the Lisson Gallery and Hayward Gallery Education. These include: curating installations for Cowparade; organising workshops with Aboriginal Australian artists; producing animation for video ‘The Pink Hotel’ in collaboration with London Sinfonietta and South Bank centre; and co-ordinating work with Julian Opie on his monumental installation, Wormwood Scrubs Perimeter Wall-Paintings (Opie’s first major public commission).