Below, our animation tutor Lucy Orr writes about her top five Animated Films and what makes them so good

“Spirited Away” from Hayao Miyazaki is totally immersive, based purely on the strength of its animation. Created by one of the most comprehensive and beautiful cinematic imaginations in existence; it’s an animation tour de force. Starting out as a cautionary tale as a young girl ventures excitedly into a magical realm after her parents are turned into pigs, the film becomes more peculiar, more fanciful and more ambiguous. Grotesque, scary, thrilling, beautiful, “Spirited Away” is an excellent introduction to Miyazaki and the fantastical world of Studio Ghibli.

The Cannes Jury Prize-winning and Oscar-nominated “Persepolis” performs an important function of animation: to tell grown-up stories of autobiography often personal/painfully and in this case certainly political. Marjane Satrapi’s film is a poignant, funny, touching and occasionally horrifying account of her childhood growing up in Tehran during the Islamic rebellion, told in simple, stark, black and white images, but it’s her eye for offbeat, humanising detail (much of which came from her self-penned comic strip) make this film unique.

Stop motion animation and Wes Anderson prove to be a delightful combination in this reworking of my favourite Roald Dahl fable. ‘Fox’ is beautiful to look at and one of his funniest films to date. Adapting a children’s story allows for his more broad, even goofy humour to rise to the surface in pleasing ways. The visuals harken back to Rankin/Bass, proving that old fashioned methods can feel new when done well. I love this film most because it’s for everyone, but still has exciting visual rough edges.

Melding “Chinatown” and “Fear and loathing in Las Vegas” nightmarish animals seek help from deranged chameleon voiced by Jonny Depp to save their town which is suffering from a suspicious drought. Rehearsed with the actors in costume (an absolute rarity in the animation world) before being brought to stunning life by Industrial Light & Magic, the VFX company’s sole animated feature to date, and while I’m not sure it’s suitable for kids, it still proves an enormously entertaining trip.

Kubo holds villagers rapt with his origami and storytelling skills, but inevitably disappoints them. He doesn’t know how the story ends. It will be his quest to find out. Kubo and the Two Strings is the fourth and, to date, best film from Laika, the Portland-based animation house responsible for Coraline, ParaNorman, and The Boxtrolls. Though the tactility and dimension of its 3D stop-motion process Laika adds more texture to the dark beauty that’s been the house style since Coraline, but it’s more emotionally expansive, too. There’s plenty of wry humour and samurai action to lighten the mood and a young hero who learns that decency, as much as courage and tenacity, can save the world. 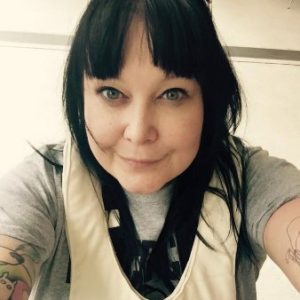 Lucy is a new member of the Morley Digital team and brings a wealth of experience in animation teaching and industry knowledge. She currently teaches the After Effects Animation and Stop Motion Animation courses at Morley College. A respected industry journalist she writes for: The Register/Ars, Technica/ScreenJabber/VICE, Interactive Designer – BBC, Animator – TVC and Nelvana Video Editing – Hungry Tiger. This summer sees her covering the events at Edinburgh Fringe.